SHSH BlobsReviewed by Admin on May 6.Rating:

SHSH Blobs – Everything You Need to Know

Before explaining you how to use the SHSH blobs you first need to know what they are and why they are so important for you. SHSH blob is a small piece of data from the Apple’s digital signature protocol. This protocol is responsible for iOS restorations and updates and it can also control which iOS version an iDevice can support. Apple, whenever you update your iOS version, updates the SHSH blob to allow only the newest iOS versions to be installed to your iDevice, but the hackers community found a way to modify it and let you install any iOS version you want to your iDevice.

SHSH blobs is not Apple’s official term, the original term is System Software Personalization. The SHSH blobs are created by a hash formula which includes the iDevice’s type, the signed iOS version and the ECID identification number of this device (it is a unique number on the device’s hardware). The way that Apple restricts a user to restore an iDevice to a specific iOS version, is that Apple refuses to generate this hash during the restoring procedure. The outcome of this refusal, is that an Error Code will appear to your screen during the Restoring process.

Why SHSH Blobs are important?

Apple managed to add further security to their newest iDevices and to the ones that support iOS 6.x.x. If you have already upgraded your iPhone 3GS/3/4S to iOS 6.x.x there is no way to downgrade it to 5.x.x iOS version, even if you have saved the SHSH blobs from that iOS version.

You can read the following articles about the SHSH blobs:

If for any reason you are experiencing any issues, you are more than welcome to leave us a comment to one of our posts, make a post to our FREE forum or even get in touch with us through e-mail. 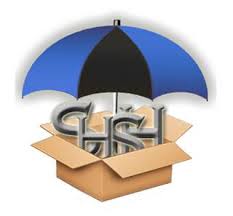