Redsn0w Jailbreaking tool is considered the most popular jailbreaking application, and there is a good reason for that. Redsn0w started to jailbreak the iOS from 2007 with a great success and it keeps going until now.

When Apple released the 6 iOS version, Redsn0w hit a wall because it was not able to jailbreak it. The iPhone Dev-Team, the creators of Redsn0w tool, managed to create an updated version of it, the Evasi0n tool. This tool could successfully jailbreak all the iOS devices that had 6 – 6.1.2 iOS version untetheredly. You can visit our FREE Jailbreaking tutorial with Evasi0n from the following link (Jailbreak Tutorial with Evasi0n – Download Evasi0n Area).

What Redsn0w and Evasi0n can do now that Apple released 6.1.3 iOS version?

When 6.1.3 iOS version was released, all the members from iPhone Dev-Team informed the public that they should stay away from this version. This iOS version cannot be jailbroken from the evasi0n tool, but Redsn0w can still help certain iDevices!

Redsn0w tool can jailbreak 6.1.3 iOS version for all the iDevices that have the A4 chip on them. So if you own an iPhone 3GS or 4, iPad or older iPod touch you will be able to jailbreak them, but it will be a tethered jailbreak.

Tethered jailbreak is not the best jailbreak you can have, because when your iDevice needs to be rebooted you will need to have it connected to your computer and let Redsn0w handle the rebooting process.

If you badly need a jailbreak for your A4 chip device with iOS 6.1.3, Redsn0w is the only solution for you for the moment! You can visit our Jailbreaking Tutorial with Redsn0w from the following link (Jailbreak with Redsn0w Tutorial – Download Redsn0w Area).

Will Redsn0w be able to jailbreak 6.1.3 iOS version untetheredly?

For the time being, there are no announcements from the iPhone Dev-Team for an updated version of Redsn0w.

The members of iPhone Dev-Team will definitely try in the future to jailbreak iOS 6.1.3 version untetheredly, but we all have to remember that these people also have life and jobs.

Subscribe to our Newsletter and be the first to know when Redsn0w will be able to untetheredly jailbreak iOS 6.1.3 version! For any questions visit our FREE SUPPORT area, and our Support Team will respond you as soon as possible. 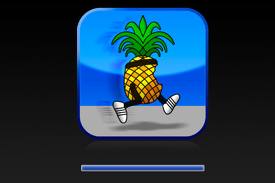