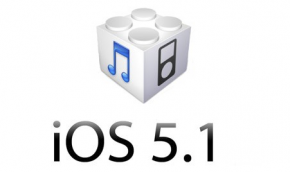 iPhone Jailbreaking : Pros and ConsReviewed by Ultrasnow on Nov 11.Rating: 4.5Pros and cons of jailbreakingIn this article, we talk about what's in it for you if you jailbreak your iDevice and what effects does it have. Is it good? Is it bad? We'll let you know what we think about jailbreaking.

Iphone Jailbreaking : And why people are still hesitant to do it.

At this point in time, many iPhone/iPad/iPod users you may know (or including you!) have Jailbroken their devices countless of times. But surprisingly, there are still some people who chose to do nothing to their iDevice, keeping it in it’s purest form, and having the exact opposite of a Jailbroken device : an Apple “enslaved device” .

In this article, I want to talk about the pros and cons of jailbreaking your iDevice and of course finish this with my own verdict.

Let’s start first with some cons followed by pros that negate the earlier concern.

Back then, sadly but true if you jailbreak your iDevice it will void the warranty. If ever you encounter problems with your hardware, Apple will not help you.

You can always use iTunes to restore your iDevice to a ‘clean software’ thus leaving no trace of such jailbreaking that happened. And of course, Apple will be clueless if you’ve ever Jailbroken your device making you eligible for a warranty service.

After the Digital Millenium Copyright Act, jailbreaking is considered legal in the United States and in most parts of the world.

This is still true, if you have a jailbroken iDevice, and you’ve decided to update it, your Jailbroken apps will be useless and so will be your added tweaks.

Jailbreakers are working very hard to catch up with every Apple’s new updates, and if ever you feel that you need to update your firmware to the latest one, a jailbroken version will soon come up. So with that, you can always Jailbreak again your device to restore it’s lost beauty.

With Apple’s “App Approval Process” many applications were rejected and never saw the light on iTunes. Apple believes that these apps aren’t allowed to be used by iDevice users or simply they’d rather not you have some of these exciting features, yet.

But if you have a jailbroken device, you will gain access to thousands of apps Apple rejected. Apps with the likes of Cycorder that made iPhone 3g record videos. (at that time iPhone 3g doesn’t have that feature) GVMobile that lets you use the Google voice service and many other exciting stuffs. And what’s really good about this is that you can still download apps from iTunes, making you gain control of both worlds.

While it’s true that Apple did a very good job to iPhone, iPad and iPod’s User interface, some people really wants to feel unique. And that’s totally possible if you have a jailbroken device. You can have your apps tumble like a barrel, change your lockscreen to a droid theme, make your apps look like cartoon characters, appear in a shelf and many other things that you yourself can discover.

With your phone Jailbroken, you can now Unlock it!

If you’re one of those iPhone users who has existing contracts with telecomm companies, most likely your iPhone is locked to that carrier. And with that, it’ll prevent you from using your iPhone with other sim cards.

Now with your phone Jaibroken, you can now free it from all that restrictions. You can simply use any sim cards if you’re abroad to avoid roaming charges, switch to a much cheaper plan, or any other reasons you might have.

Owning an iDevice surely is a fun experience, but wouldn’t you like to take advantage of all its features? And of course I’m talking about all the hidden potential your iDevice have that Apple restricted you to use. Jailbreaking your iPhone will exploit all these good features and make you discover more the beauty within that top-notch gadget. So we here at Ultrasnow.EU hihgly suggest to all iDevice users that Jailbreaking and Unlocking is a must have.