iOS 7 version will bring hundreds of new features compared with the previous versions, and Apple made its “miracle” once more and manage to create a stunning operating system. It may seem more simplified than the previous iOS versions because it appear more flat, but its capabilities are extraordinary.

The Control and Notification Centers on iOS 7 version

Control Center will contain options for Wi-Fi, Bluetooth, mute, screen brightness and many more, just like the Android has (and other Cydia tweaks), which will make the controlling quicker and easier. The notifications will now be available from your lock screen and they will be able to inform you with the calendar appointments or even with the weather updates.

Both of those additions will make the new iOS 7 version to be even more helpful during the day, because it will be able to provide you information that you actually need!

Apple is always upgrading the capabilities of their cameras to all newer models, and this is what will happen on iOS 7 version, and Apple added the “square” mode. It supports video, normal photos and panorama pictures.

Although the hackers community are keeping many exploits to jailbreak the iOS 7 version, they are still did not make any announcements for it. When iOS 7 will be released, we expect that it will not take a very long time for the Evad3rs to Jailbreak it!

Which feature is the most or least favorite to you? Leave us a comment and send us your request through our Free Support Page or our Forum. 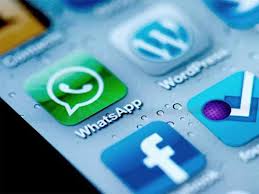