iOS 7 beta 1 version, although it brought many new features, it also brought a lot of bugs as well. It is expected for the first beta versions to contain bugs, so Apple immediately released the next beta version that impressively fixed a lot of those bugs. iOS 7 beta 2 version also improved that can be supported by not only iPhones, but by iPad and iPod Touch. You will definitely see some interface upgrades as well, but these are not the significant changes that iOS 7 beta 2 version fixed.

The new iOS 7 beta 2 version includes a new welcome screen for your iDevice, that asks you for an iCloud password, that allows users to turn on iMessages, choose associated e-mail adrresses and finally to set up a passcode to your iDevice.

In iOS 7 beta 1 version the Voice Memos application was not included, but Apple managed to implement it on beta 2 version and the good news are that it is working perfectly (At least until now). The great application “Find My iPhone” supports more languages now and it includes many features like, Remotely Locate, Lock, Erase and Prevent Re-Activation.

Siri, probably the most popular application, was also upgraded and it seems that it is loading faster too. You have the male and female voice option to beta 2 version too, and more languages are supported as well.

Some other minor fixes that iOS 7 beta 2 version introduced have to do with small bugs of specific applications, like a small redesign of Control Center and issues to the Notifications (Duplicate notifications). Until all the major bugs will be fixed by Apple, we are going to being fed by beta versions, but this is a necessary procedure if we really want a solid and powerful iOS 7 for our iDevices.

If you have any questions or comments to what iOS 7 beta 2 version has fixed, leave us a comment to our Free Support Page, our Forum or the Comments Area. You can also subscribe to our Weekly Newsletter for FREE, and stay updated with the latest News for iOS 7 beta versions. 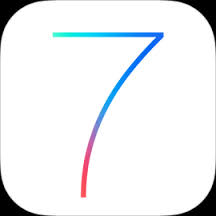