Evernote application for iOS devices - How to fix Sync info not updated errorReviewed by Admin on Oct 13.Rating: -

Evernote application is a very powerful productivity tool and it is specially created for people that rely their work on having many notes. Evernote application makes the note taking extremely easy, it is only a one click note creation process and you can easily attack almost anything you want, from a word file to a photo or video. It supports several features like audio recordings, tags, location to notes and many more.

Many users reported a lot of bugs to previous Evernote versions, and Sync info not updated error is one of them.

Some of the most common issues that users encountered in the past weeks and months are:

Although those error might seem very difficult to be solved, you can fix them including the Sync info not updated error.

How to Fix Sync info not updated and the other errors for Evernote application?

The Evernote support team, announced that if you are trying to edit a note several times in a very small time period, it can probably cause a pending sync issue on Evernote. This is the main reason that the above errors appear on Evernote Application, because pending sync error is linked with the above actions.

The solution for it is to edit a note, place the cursor behind the last audio clip and hit the return key and add a few characters to test it. You need to copy and paste your audio notes to a new note first, because it will drop all the audio notes after the first one.

One more way to fix this issue, is to always update the Evernote application to its latest version, because the Evernote team of developers are constantly updating and fixing these kind of errors.

If you want to stay updated in troubleshooting your favorite applications, you can subscribe to our Weekly NEwsletter for FREE. You can also leave us a comment if you had any issues fixing the errors of Evernote application or you have other suggestions. 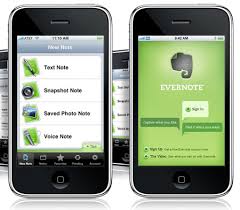