WWDC 2013 was expected by a very large number of people, not only for Apple’s new products and ideas, but mostly for the new iOS 7 version. iOS 7 version is much brighter than the previous versions and all the rumors were right. It is very colorful with black and white colors to dominate and it gives you the feeling of a flat environment.

Some other stunning features of iOS 7 version are:

WWDC 2013 revealed that iRadio is build in the music app of iOS 7 version, which makes it very easy to access it and use it. iRadio is very similar to the Pandora application which is extremely popular to all the iOS users, and we expect that it will “steal” some funs from Pandora. You will be able to share a station with your friends or even create a new station around a specific artist, genre or songs. The iRadio is build in not only on iOS 7, but in iTunes on your Mac and your AppleTV. You will be able to preview and purchase music at the same time you are listening to a song. It will be first available only to US and in the following months it will be released for other countries too.

Apple’s new operating system is called Mac OS X Mavericks and it comes with various updates and features. Some of those are tabbed Finder system, Document tagging, iCloud password key chain (Better security) and better and deeper integration of notifications between your iDevices.

More updates will follow about the new products of Apple and you can stay updated by subscribing to our Weekly Newsletter for FREE. In details we are going to present to you specific features of the new iOS 7, new Mac OS X and anything that was published during the WWDC 2013 conference. You can leave us a message to our Free Support Page or to our Support Forum. 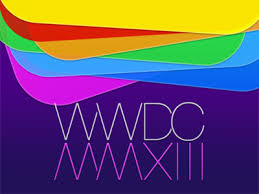