Jailbreak iOS 6.0.1 to iPhone 5 with Evasi0n for Windows XP/Vista/7

Jailbreak iOS 6.0.1 to iPhone 5 with Evasi0n for Windows XP/Vista/7Reviewed by Admin on Jun 3.Rating: -

When Apple released the iPhone 5, it came with iOS 6 version and now it is possible to update it up to 6.1.4 version. If you upgraded your iPhone 5 to 6.0.1 iOS version and you stayed there, then you can Jailbreak it untetheredly with the help of the Evasi0n Jailbreaking tool.

The Evasi0n tool was created by a few members of iPhone Dev-Team, the developers of Redsn0w, and they managed to find exploits that could jailbreak the 6 to 6.1.2 iOS versions untetheredly. Especially for iPhone 5, Apple released the 6.1.3 and 6.1.4 iOS versions, and they were able to patch all those exploits Evasi0n was using. This means that if you have an older iOS version than 6.1.3/6.1.4 you should stay away, and if you already upgraded your iPhone 5 to those iOS versions there is not a mathod to Jailbreak them yet.

How to Jailbreak iOS 6.0.1 version on Windows with Evasi0n?

Step 1: Download the Evasi0n tool and plug your iPhone 5 to your Windows computer (Download Area for Evasi0n). If iTunes autolaunches close it.

Step 2: Let Evasi0n to identify the firmware and model of your iPhone 5 and then click on the Jailbreak button. You will see that Evasi0n will reboot your device several times.

Step 3: After a few minutes, Evasi0n will ask you to unlock your iPhone 5 and tap on the Jailbreak icon to your Home Screen. Follow all the instructions and then let Evasi0n to complete the procedure.

Step 4: An Exit button will appear and you can tap on it. Evasi0n has a few more steps to complete, so do not touch your iPhone.

Step 5: Few minutes later, Evasi0n will complete the Jailbreak iOS 6.0.1 version of your iPhone 5 and you can unlock it and tap on Cydia to initialize.

Jailbreak 6.0.1 iOS version to iPhone 5 with Evasi0n for Windows XP/Vista/7

After the completion of the jailbreak and the initialization of Cydia, you are now able to download and install any application you want, assuming that they are compatible with 6.0.1 iOS version.

The Evad3rs released the Windows version, but you can use it to either Mac OS or linux. To our download area you can find all those versions, and the Jailbreaking tutorial is the same.

If you have any issues with the procedure to Jailbreak 6.0.1 iOS version to iPhone 5 with Evasi0n for Windows XP/Vista/7, leave us a comment and we will respond you as soon as possible. 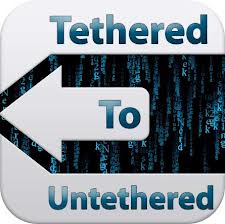