To a previous article we showed you how the iPhone 5S will look like, but now it is time to see in more details what iPhone 5S has in its interior and Rear panel (Leaked Images of iPhone 5S in a production line). iPhone 5S is not released only to provide a much more “good looking” device, but there are many improvements to its hardware design and power. More pictures of iPhone 5S were leaked to the internet and we managed to “grab” them and analyse them.

What difference has iPhone 5S to iPhone 5?

In more details, iPhone 5S has many changes to its hardware, and those are:

From the iPhone 5S leaked image we can see in its rear panel that it shows a pill-shaped window for the LED flash. This could be either nothing or a dual-LED feature on iPhone 5S, which will be great.

If you have questions about iPhone 5S features, you can leave us a message to our Free Support Page, our Forum or our Comments Area. You can also subscribe to our Weekly Newsletter for FREE, and stay updated with the latest iPhone 5S news. 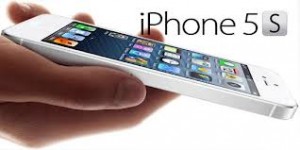