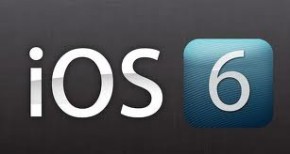 The dev team is releasing a developer-only version of a redsn0w tethered jailbreak for app developers.

These are the supported devices for iOS6:

This iOS 6 jailbreak is only for Developers of Jailbroken Apps!

This is a tethered jailbreak!

This redsn0w will not Activate!

Stay away if you’re unlockers and preserving your unlockable baseband!

You MUST point your redsn0w to your ISPW the first time you Jailbreak and Just Boot Tethered because that ISPW is only available for developers, and redsnow can’t get the necessary files it needs from it. After you’ve done a “Just Boot” tethered jailbreak, redsn0w has cached all the file it needs from the ISPW so you won’t need to point redsnow at it any longer.

The “Dev2 version” was released and it should fix the various errors you get from SSH and the apps that crashes.

For more jailbreaking services, updates,news and tips, visit us at www.ultrasnow.eu