How to use WinterBoard?

How to use WinterBoard?Reviewed by Zisis on Apr 24.Rating: -

What does the WinterBoard actually mean?

The procedure of using WinterBoard, how to use this?

WinterBoard is very easy to deal with. It doesn’t need to know anything extra to use this great tweak.  After completing the procedure of doing jailbreak on the iPhone or iPad, there will appear Cydia app. By this Cydia app, you can download all of those application which you once were dreamt of. You can download the Winterboard tweak by searching it over the Cydia store. After downloading and installing it, you can now able to use various themes from that vast ocean of themes.

Now, let’s go to the procedure of using this.

After downloading and installing, WinterBoard will appear on the screan beside of those other apps. You can enter into the WinterBoard by tapping on it. After tapping, you will get four options, which are like the followings.

1. Select Theme: From where you can get all the downloaded themes.

2. SummerBoard Mode: This is for those themes which are backdated and do not supported by WinterBoard.

3. Hide WinterBoard: By doing On this option, it will hide itself into the Setting option of normal iOS.

4. Advance( For Themers): As it means, it is the advance section for themers. 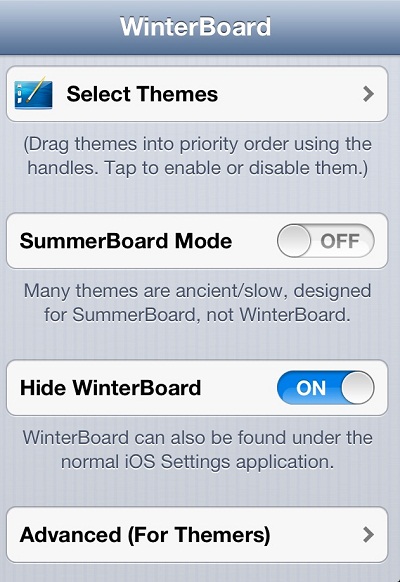 Now, if you enter into the Select Theme option, you will get all the downloaded themes in there. WinterBoard gathers those theme at one place to use them appropriately. 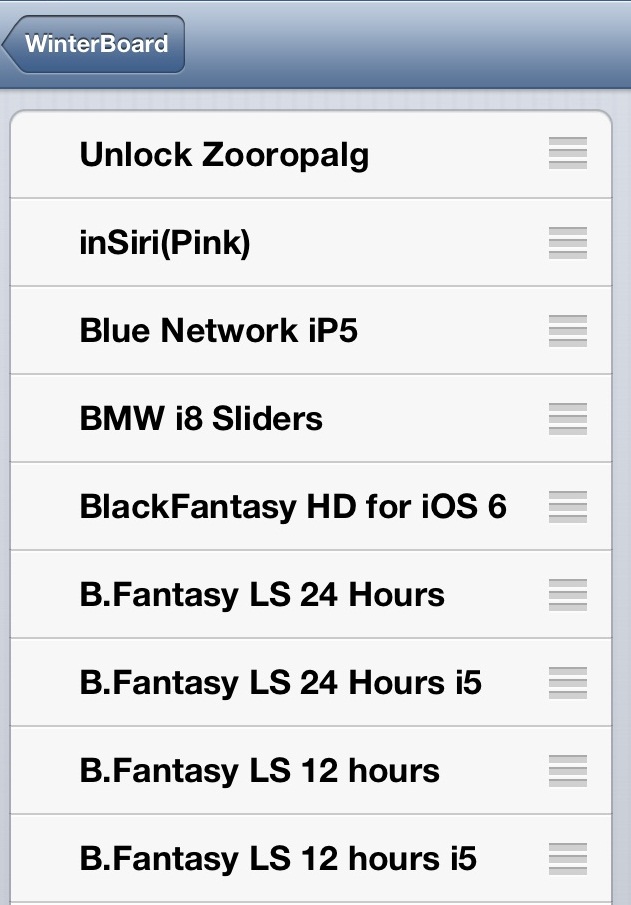 Pros and Cons of WinterBoard.

As it is discussed that, WinterBoard is one of the great tweaks by which many themes can be used very easily, it also has a few minor problems. The problem occures when any backdated theme is  tended to install. It occures a lots of trouble with the iOS and freezed the system as it does not supported by the iOS.

If you really care about this point, everything’s will be great with the experience of WinterBoard.