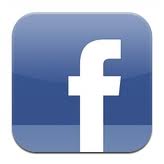 Facebook iOS App : And why is it so terrible?

Without a doubt, Facebook is still the reigning champion in the battle of the Social Networking sites. With over 950 million active users around the globe and placing 2nd on Alexa rankings for top internet sites (Just behind Google), Facebook is considered to be the largest online community. Almost 40% of facebook users are either on Mobile or tablets, making it safe to say that the mobile industry is really booming and what is to be the “next big thing”.

But why is it that the Facebook iOS app is still considered a very bad user experience?

For all the iOS users who has used or has been using the Facebook App will surely know what I’m talking about since the beginning of this article. If you’ve noticed in the US iTunes store, the Facebook iOS app has a very poor rating. The average score is just 2 stars, which clearly indicates that most customers aren’t very happy with the Facebook iOS app. And that doesn’t take out the fact that there’s still 12,000+ people who rated it with only 1 star, making it look very terrible based on people’s feedback. Still, many are downloading and using the app consistently, but only because if you own an iPhone or an iPad, you have no choice but to use Facebook iOS app.

So what makes this Facebook iOS app to be awfully criticized?

Having said all these, let us all hope that Facebook doesn’t ignore the rapidly increasing patronizers of their product via mobile and give us all what we really need, a slick native Facebook iOS app.

Tell us what you think!

For more news and updates circulating the iOS world, visit us at Ultrasnow.EU