Evasi0n tool, was the first tool that could jailbreak the iOS 6 to 6.1.2 versions untetheredly for all iDevices. Just like the Redsn0w tool, Evasi0n has its issues too, but those Error Codes can be fixed. Cydia Unable to Load Completely Error was very common one during the first weeks of its life, because many people tried to jailbreak their iDevices and start using Cydia again. The Cydia Unable to Load Completely Error cannot be fixed from your side, because this is happening when there is an overload on Cydia’s server from the numerous requests it receives. The only way to overcome it, is to wait for a few hours and retry using Cydia.

The Unable to Install Jailbreak Apps and Tweaks error, emerges from the same “source”, so the only way to solve it, is to wait for a few hours so Cydia’s servers stop being overloaded.

One more Error Code that might appear during Evasi0n jailbreaking procedure, is when Evasi0n tool is halted at Patching Kernal. Although it may seem a serious error Code, this can be easily fixed by pressing Power and Home buttons of your iDevice and force it to reboot. After that you can re-try jailbreaking your iDevice and it should have no problems (Pod2g instructions via his Twitter account).

The Stock Weather App error was a very annoying issue during the first Evasi0n versions, but Evad3rs managed to release a better version of their jailbreaking tool and now the Weather app has no issues. Make sure that you downloaded the latest Evasi0n version and proceed with the jailbreaking procedure normally.

You can send us your Error Codes from Evasi0n or other tool or application from our Free Support Area. Subscribe to our Weekly Newsletter for FREE, and stay updated with the latest solutions for your Error Codes. 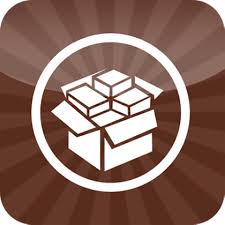